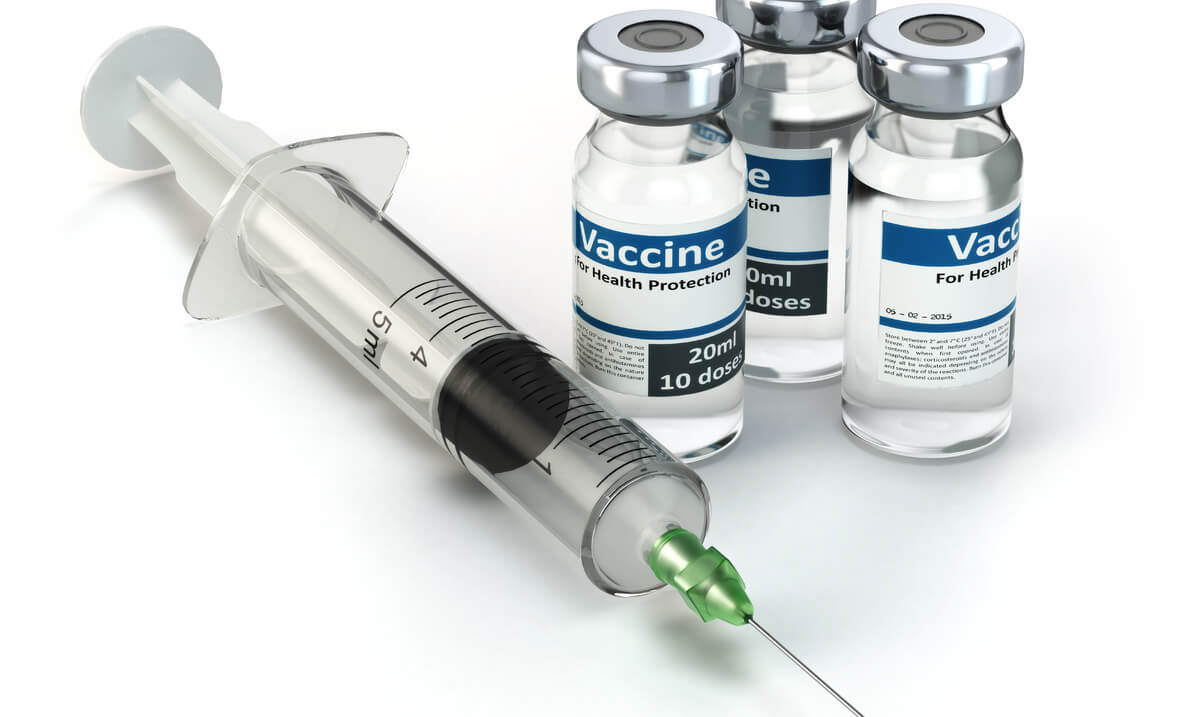 Just when world health officials and those here in the United States thought they’d seen the last of measles, the disease is back with a vengeance.

Domestic measles was eliminated with the dawn of the new millennium, but thanks to international travelers, the disease wasn’t “long gone.” Outbreaks occurred here in the early 2000s, in 2011, and in 2013, 2015 and 2017. As the New York Times reported, the recent outbreak that’s created measles chaos in New York State may have originated in the Ukraine.

From January 1 to April 4, 2019, more than 465 individual cases of measles have been confirmed in 19 states. The word “measles” is not just about measles, for this is serious: Measles is highly contagious.

As the Centers for Disease Control and Prevention (CDC) noted in its last statistics statement,

Common complications can result in ear infections and permanent hearing loss, along with diarrhea. Severe complications can include pneumonia, encephalitis — with deafness or intellectual deficits — plus, one or two children out of every 1,000 die from measles.

The Threat is Worldwide

“You would think” that reason would rule in 2019, but the World Health Organizationhas named vaccine hesitancy as a top 10 global health threat for this year. The anti-vaxxer movement certainly bears some blame, as do these reasons parents say they don’t vaccinate:

The spread of inaccurate measles information on social media may have met a temporary match. While some social media sites dispensed with mythological content previously, with Pinterest taking a notable stance in 2017, Facebook and its little sister, Instagram, basically had held out until now. Search for hashtag #vaccineskill.

Both are now taking steps to restrict viewing or lessen the reach of vaccination falsehoods in either posts or advertising. Pro-vaccinators and health officials note that this is all a work in progress.

The Law and Vaccines

On April 9, health officials in New York City required vaccinations in areas of Brooklyn, such as Williamsburg, shortly after a state judge quashed a regulation that kept unvaccinated children away from public locations in Rockland County — a state of emergency had been declared there.

The outbreak has been particularly severe among the Hasidic Jew community. Some unvaccinated members traveled to Israel last fall, where measles was rampant.

Ardent anti-vaxxers wear yellow stars, and say that forcing vaccinationsor enforcing restrictions around those not vaccinated has much in common with treatment of Jews during the Holocaust — which religious academicians say is a stretch.

“Forcing” vaccinations is a contentious topic, but it’s grounded in law. A legal precedent was set in 1905 in the U.S. Supreme Court, Jacobson v. Massachusetts, when states were granted the authority to enforce vaccinations in the public interest. Legal experts say that’s all well and good, but state and local laws further complicate things.

Washington and Oregon are considering similar legislation. Maine has high rates of pertussis or whooping cough, which can be prevented by vaccination. Proponents say the new bill would be helpful to children with weak immune systems — they’re not normally vaccinated.

The CDC reports 426 cases of mumps through March 29, with Temple University managing an outbreak currently.

On KevinMD, pediatrician Dyan Hes, M.D., in New York’s Gramercy Park, shared that she responds to anti-vaxxers this way: “If vaccines were unsafe why would I do this? I would lose more sleep than you because every night I would have to worry that something terrible may happen to your child. That would be a terrible business model for me.”

She admits her practice grew slowly when parents brought prenatal patients to her, and

when she shared her policy — that she lost 50 percent of potential clients. She didn’t care, because pediatricians don’t make money off vaccines, and may even lose money.

Practitioners on the front lines have heard it all, including pediatric nurse practitioners. They say they frequently participate in discussions with parents who are on the fence, or who are absolutely, positively not going to vaccinate. They also say they know that parents really are on a path to do what’s right, and not what’s wrong, and that it can take time to motivate anyone to change their mind. They’re willing to take that time.

Healthcare practitioners now find themselves campaigning to save lives, something they probably didn’t imagine doing a few years ago.

As a Washington state pediatrician told The Seattle Times, “Before, measles was so theoretical. Nobody had ever seen it,” the pediatrician said. “All of a sudden, it became tangible.”

What You Can Do

As you read this, you may be asking what you can do to prevent an outbreak and how you can ensure immunization compliance. There’s plenty.

1. Screen for immunization compliance:In the case of the Brooklyn outbreak, local officials declined to do random spot checks on students, according to the New York Times. When they discovered new cases, they opted instead to look at vaccination records of people in contact with the infected people. Officials did state they’d issue violations and fines if residents held their ground. For those stalwarts who received fines but no vaccination, legal counsel was to be consulted.

The CDC keeps no records of vaccinations, but suggests that residents check with parents or caregivers, high school or college health services, previous employers, and physicians, public health clinics and pharmacies. It reiterates that it’s safe to repeat vaccines, although it’s not the most ideal scenario.

2. Do outreach communication to the community to counteract the anti-vaccine craze:

The CDC has noted the following interventions as “recommended” when communicating with patient populations: client reminder or recall systems; community based-interventions implemented in combination with other interventions; patient or family incentives; and home visits, outreach, and case management targeted to particularly hard-to-reach populations. Reach to local media, print, digital and electronic, with public service announcements and pro-vaccine, evidence-based articles authored by experts and offered at no charge to print and digital media. Offer experts for on-camera interviews for both online and television opportunities. Consider mailings within your targeted zip codes. Encourage your providers to ask the question, “Are you vaccinated?” of both children and adults. Offer your speakers bureau to do presentations to strategic groups. Post notices and accurate information on local Facebook, Next Door and other social media platforms. Inquire about vaccine acceptance within local churches and if it’s a “yes,” invite participation there.

As part of a comprehensive communications campaign, make sure local schools, community groups and public agencies actively participate in spreading the urgency about maintaining vaccine schedules. Disseminating accurate, comprehensive take-home literature should be an important component at all locations.

Health plans benefit when members get vaccinated. With so many messages being conveyed about health and wellness, ensure that especially during times of outbreaks, that your “get vaccinated” message remains a top priority on your members’ to-do lists. Remind them that Marketplace plans and most other private insurance plans must cover certain vaccines.

Finally, vaccination is a public health and part of our role as healthcare leaders is to ensure that our communities are protected from the risks that once caused great harm and could do so again if we are not vigilant.