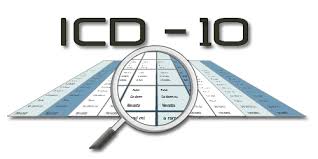 The ICD-10 code set for reporting diagnoses and procedures to payers consists of 132,500 codes compared with 16,800 in ICD-9 set. The Centers for Medicare and Medicaid Services (CMS) has made clear that the Medicare claims processing system will not be able to accept ICD-9 codes for services performed after September 30, but CMS has implemented a process that will spare providers the agony of audits, claims denials and penalties for coding errors or system glitches during the ICD-10 changeover.

Weak Link in the Transition Chain

Health care organizations (HCOs) are ready to make the ICD-10 switch. Nearly 90% of hospitals and health systems reported they would be ready by October 1, according to the Workgroup for Electronic Data Interchange (WEDI) released in August. Payers and vendors said they’re ready, too, according to the WEDI survey.

But the jump to ICD-10 is sort of like the uncertainty about Y-2K: You don’t know what’s going to happen until the calendar flips to the day of reckoning.
And the weak link in the ICD-10 chain may be the providers in physician groups and other practices that have hospital affiliations and privileges. In that WEDI survey, only about 20 percent of physician practices said they had started or completed external testing and fewer than 50 percent responded that they were ready or would be ready come October 1. “This is cause for concern,” WEDI concluded in a press release.

The outliers may be providers with small groups and practices, according to Dan Haley, vice president of government and regulatory affairs at Athena Health Group. He acknowledged that smaller physician practices have less to lose if they placed the wrong bets on another ICD-10 extension. “So it’s easier to make that optimistic bet that maybe if they don’t do anything they’ll be proved right, as they were last year,” Haley told Managed Care Magazine.

For hospitals, reimbursement rates for inpatient services, based on a percentage of the Medicare payment, likely will be least impacted, according to healthcare attorneys Bethany Hills and Jackie Selby in Managed Healthcare Executive. They may feel the biggest impact in reimbursement rates based on negotiated case rates tied to specific DRGs, so case rates will need to be adjusted or reassigned to DRGs within a new grouper methodology.

Managed-care agreements for inpatient services based on case rates tied to specific DRGs will require health plans to implement new rates once ICD-10 goes into effect. The switch to ICD-10 is supposed to be revenue neutral, but Hill and Selby note that the agreement may allow the plan to decide what “revenue neutral” means and only give the provider an opportunity to dispute the interpretation. “Therefore, long-term agreements without an audit or third-party review of ‘revenue neutrality’ are problematic,” they said.

Don’t Stop Preparations Now
The best strategy to smooth the conversion to ICD-10 is to keep doing after October 1 what many consultants had advised hospitals to do before then; that is, verify systems, provide ongoing training and education to coding staff and clinical documentation improvement (CDI) specialists, and keep reaching out to physicians and other providers, both affiliated and on staff.

Many organizations are instituting clinical documentation improvement (CDI) projects to lessen the impact of ICD-10 and several more are developing a scribe program made up of advanced practice practitioners with clinical documentation and/or coding certification to augment the rigor (and revenue cycle return) of documentation efforts for clinicians. Both of these topics will be covered in October and November’s blogs.

The American Health Information Management Association (AHIMA) provides guidance for documentation under ICD-10 on its website. Clinical documentation will affect code assignment. The Current Procedure Terminology (CPT) procedure code must match up with the diagnosis code. For example, a diagnosis code for tibia sprain in the left leg won’t match up with a procedure code for an air cast on the right leg.
ICD-10 requires a higher level of specificity than ICD-9; the higher the level of specificity, the higher the relative weight to 2014 DRGs. The following gives an example AHIMA uses for shortness of breath.

Physicians, nurses and other providers must submit the documentation to support the appropriate code. To that end, health systems have conducted their own physician education efforts. Children’s Hospital of Philadelphia has offered webinars to their employees and providers, even setting up a dedicated e-mail for ICD-10 queries. Marty Fattig, CEO of Nemaha County Hospital in Auburn, Neb., explained in an H&HN Daily post what his small rural institution had done: Check interfaces with the reference lab, teleradiology and health information exchanges for ICD-10 compliance. The HIT department has brought in a specialist to train coders.

One case study for ICD-10 preparation the Advisory Board holds up is Rochester General Health System in upstate New York. With eight clinically integrated affiliates that include two hospitals and 638 beds, the acute care facilities conduct more than 36,000 patient discharges a year with 40-plus attending physician specialties. An analysis showed that hospitalists and internists handle 51% of claim volume and 46% of total payments. A deeper dive into the metrics found the following documentation risks in ICD-10: 29% of principal diagnoses; 28% of secondary diagnoses with complication or comorbidity or major complication or comorbidity (CC/MCC); 88% of procedures; and 60% of major procedures.
RGHS implemented a phased education strategy that included revitalization of the CDI program and education sessions focusing on documentation principles and CDI query functionality. Further downstream, the CDI specialists support hospitalists and internal medicine in adopting detailed documentation concepts.

Another key piece to surviving with ICD-10 is knowing what could go wrong. In its end-to-end testing of ICD-10 fee-for-service claims in July, CMS determined the test claims had an 87% acceptance rate. Big reasons for rejection of the other 13%:

Less frequent errors CMS reported in its end-to-end testing were:

“Most rejects were the result of provider submission errors in the testing environment that would not occur when actual claims are submitted for processing,” CMS stated.

Avoiding those submission errors and getting providers schooled in documentation practices that can support a higher level of specificity for coding will be an ongoing effort come October. Just because ICD-10 goes live doesn’t mean it will come off without a hitch and both clinicians and executives will need to prioritize the quality and specificity of documentation efforts or face significant opportunity cost consequences